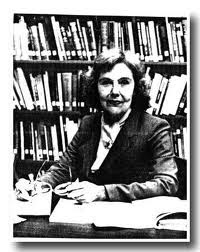 Dr. Carolyn Wood Sherif was born on June 28th, 1922 in Loogootee, Indiana. Her father was a professor of agriculture at Purdue University, and her mother was a steady homemaker. Being the youngest daughter of three, her parents encouraged all their children to obtain high levels of academic achievement; an example that Wood Sherif took seriously. Although she particularly favored science, she was also a talented writer. Wood  Sherif won three essay contests sponsored by the Indiana Chamber of Commerce, the Daughters of the American Revolution, and the Chicago Tribune. She eventually met and married Muzafer Sherif in 1945 after obtaining a position to do research with him at Princeton University years prior. The two  had three daughters: Sue, Joan, and Ann. Before her death, Wood Sherif was appointed editor of the Journal of Social Issues. However, she was unable to take on the position due to her untimely death from cancer in July of 1982 at the age of 60.

Due to her father's employment at Purdue University, Wood Sherif was able to afford tuition at the school and studied science, graduating with a bachelor’s degree. Shortly after, she then attended the University of Iowa to complete her master’s. Wood Sherif had worked at Princeton for many years after as a researcher with her husband. However, in 1958, her husband encouraged her to work on her PhD at the University of Texas under the supervision of Wayne Holtzman. She was awarded her PhD in 1961. During her time at the University of Texas, she managed a project funded by the United States Office of Vocational Rehabilitation which focused on self-concept and personal goals of youth.

Career & Accomplishments
From 1947 to 1958, Carolyn Wood Sherif worked with her husband Muzafer on social research. However, because she did not have a PhD and was not affiliated with any university, most of Wood Sherif’s work was not fully appreciated and her husband received most of the credit. Wood Sherif became actively involved in the research done on the famous Robbers Cave experiments in 1954 on intergroup conflict and resolution. Following the completion of her PhD in 1961, she produced numerous papers and books regarding youth, reference groups, and attitudes on social judgment. Wood Sherif spent time as a visiting professor at Cornell University where she created the first women’s studies course. She began shifting her research focus to the psychology of gender in the mid-1960s. She wrote several papers focusing gender bias in research, gender roles, reproduction, and identity. She accredited her success and research to the feminist movement of the 1960s and 1970s. In 1972, she participated in the first graduate seminar on the psychology of women at Penn State. She later became a founding member of Division 35 of the American Psychological Association, which is today known as the Society for the Psychology of Women. She served as the Division's 7th president in 1979-1980 and was a consulting editor for the Psychology of Women Quarterly; the divisions’ psychological journal. She later received the Association for Women in Psychology's Distinguished Publication award in 1981and an award for her contribution to education in psychology in 1982. Division 35 has dedicated its most cherished award in her honor which acknowledges psychologists for their teaching, mentorship, research, and professional leadership in the field of psychology of women.

Relevance to Psychology of Women Class

Dr. Carolyn Wood Sherif’s significance to our class is based on her focus on gender identity and its effect on social construct. Wood Sherif believed that gender was strictly to be identified as a social term. She proclaimed that gender identity causes an individual to be aware of the gender schemes in his/her life and that he/she will develop a relationship to this existing scheme. Wood Sherif wanted to break the barrier between associating gender with biological sex and vice versa. Because different cultures have different gender associations for “male” and “female”, individuals must recognize the true complexity of their gender identity. She focused on multiple studies which involved a comprehensive understanding of how gender identity is related to the social environment of individuals. Wood Sherif characterized this as a "self-system". This “self-system” is a series of ideas and attitudes that have been created through a person’s interaction with other people and concentrates on who that person’s “self” is in relation to social relationships, activities, status, and cultural values. This idea of a self-system gives us a way to evaluate gender identity as a whole.

http://www2.webster.edu/~woolflm/carolynwoodsherif.htm
Posted by Unknown at 10:22 PM