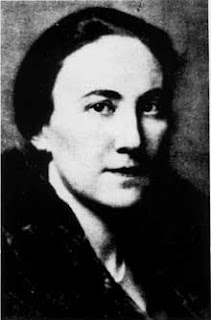 Charlotte Buhler was born on December 20, 1893, in Berlin, Germany. Her father, Walter Malachowski worked as an architect and her mother, Rose, was a successful musician.  Early in her life, Buhler showed interest in psychological processes and conducted a study of human thought processes as a student in high school. Before marrying her husband, Karl Buhler, in 1916, she had dreamed of meeting him because his work on human thought appeared to complement that of her own.  She then gave birth to their daughter, Ingeborg, in 1917 and then to their son, Rolf, in 1919. Her husband was sent to prison for speaking his anti-Nazi opinions and in 1939, Charlotte negotiated his release and he was transported to Norway. He then immigrated to America and was later joined by Charlotte in 1940. In the 1970s she then moved back to Germany to be closer to her son and then passed away in 1974 at the age of 80.


Education
Buhler’s studies lead her to universities at Freiburg, to Kiel, to Berlin, and then to Munich. As a graduate student she studied thought processes under Oswald Kulpe. She finished her Ph. D. in Munich in 1918. From 1924 to 1925 she studied at Columbia University on a Laura Spelman Memorial Rockefeller Fellowship. While studying at Columbia she was able to touch base with American scholars such as Edward Thorndike, Lawrence Frank, and Arnold Gesell.


Career & Accomplishments
After graduating from Munich in 1918, Charlotte and her husband began to teach at the Technical University Dresden, where from 1920 to 1922 she aided the Prussian government and the school board on a project on adolescence as well as lecturing. She then lived in Vienna from 1923 to 1938 where she did research at The Vienna Psychological Institute on psychological development from infancy to adolescence and designed tests to measure developmental milestones. After immigrating to America she lived in Minneapolis where she was a professor of psychology at the College of St. Catherine in St. Paul, Minnesota. Then in 1941 she opened a child guidance clinic in Worcester, Massachusetts. In 1943, Charlotte then returned to Minnesota where she worked at Minneapolis General Hospital as a clinical psychologist. After two years of working at the hospital, she and her husband moved to California and worked as a clinical psychologist in Los Angeles County Hospital until 1953. Also, during this time she had the position of assistant professor of psychiatry at the University of Southern California Medical School. From 1953 to 1972 she ran a private practice in Los Angeles. During this time, she became known for her theoretical and clinical work which connected with the works of Rogers and Maslow. Charlotte was then elected the president of the American Association for Humanistic Psychology for 1955 and 1956, and during this time she collaborated with Maslow to help publicize the humanistic movement, also known as the Third Force.  In 1970, she was head of the First International Conference on Humanistic Psychology in Amsterdam.


Relevance to Psychology of Women Class
Charlotte Buhler is relevant to section of class on childhood and adolescence. She focused much of her work on the developmental processes of children from infancy to adolescence. She also worked with Rogers and Maslow in developing the core principles of humanistic psychology. She developed a theory of life goals that are based on four basic tendencies. These basic tendencies include: 1) the tendency to strive for personal satisfactions in sex, love, and ego recognition, 2) the tendency toward self-limiting adaptation for the purpose of fitting in, belonging, and gaining security, 3) the tendency toward self-expression and creative accomplishments, 4) the tendency toward integration or order-upholding. I believe we have touched based on these tendencies within several of reading, including in the section on childhood and adolescence as well as the section on body image which touches base with the fitting in and belonging tendency.