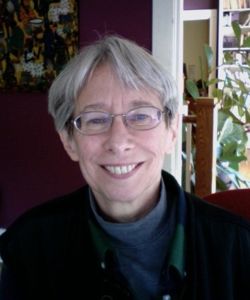 Background
Sandra Bem was born on June 22, 1944 in Pittsburgh Pennsylvania. Her father was a postal clerk and her mother was a secretary. Her mother constantly stressed to Sandra that housework and being a “housewife wasn’t any fun” (Bettis). She married at the age of 20 to Daryl Bem, an Associate Professor at Carnegie Tech (now Carnegie-Mellon University), where they met as he supervised her independent study. Not fond of the idea of marriage, Sandra and Daryl drafted a plan for an egalitarian marriage, in which responsibilities were divided equally. Bem’s parents did not like the idea of her marriage. Sandra and Daryl had two children. After Sandra and Daryl moved to accept teaching jobs at Cornell University, Sandra and Daryl divorced, their egalitarian marriage failing as much of the principles were lost.

Education
In 1965 Bem attended Carnegie Tech where she earned her Bachelor's in Psychology. She transferred to a college in Indiana, and then when her grandmother passed away, Bem moved back to Pennsylvania and went back to Carnegie Tech. She attended Graduate School at the University of Michigan and studied child clinical psychology. She earned her Ph.D. in developmental psychology. She has a passion for research and believes that you should not waste time while doing research.
Career
Bem's career started at the first college she attended, as an Assistant professor in Psychology at Carnegie Tech. This is when Bem professionally became interested in sex and gender roles. She developed the Bem Sex Role Inventory (BSRI), distinguishing masculinity and femininity as two independent dimensions and that people could exhibit both characteristics. Standford University then offered Bem a teaching postion, which she accepted, but eventually left due to not receiving tenure. Bem then accepted a position at Cornell University, where she was an Assistant Professor of Psychology and Director of Women's Studies. In 1981 she became a Professor. Bem worked on her Gender Schema Theory up until the time of her retirement in 2010.

Accomplishments and Awards
Individual Awards:
n  1976:  At 31 years-old, Bem received the American Psychological Association
Distinguished Scientific Award for an early career contribution to psychology.
n  In the book Women In Psychology: A Biographic Sourcebook, Bem was recognized for the work she accomplished in personalities.
n  1977:  Bem received the Distinguied Publication Award of the Association for Women in Psychology of Women.
n  1985:  Awarded and honory Doctor of Science from Wilson College
Bem's book Lenses of Gender has won:
n  1993: Best Book in Psychology from the Association of American Publishers
n  1994:  Annual Book Award given by the Organization for the Study of Communication, Language and Gender
n  Distinguished Publication Award from the Association for Women in Psychology
n  Outstanding Book by the Gustavus Meyers center for the Study of Human Rights in North America
Bem has several published books, which can be viewed here: http://www.psych.cornell.edu/people/Faculty/slb6.html
Relevance to our Psychology of Women Class
Bem’s relevance to our class is significant when applying the Gender Schema Theory as it was mentioned in earlier class readings and is a perspective based on the development of women. A schema is a cognitive structure that organizes and guides a person’s perception of the stimuli coming in. It stores readily available information that we can go to quickly to makes associations. The Gender Schema Theorystates that we sex-type based on gender-schematic processing. Bem essentially theorized that we develop schemas of what it is meant to be male and female from society as children, and we internalize them into what we should be and apply it to ourselves. This is important to our class Psychology of Women, as Bem’s theory is a part of Feminist Therapy. Bem’s contribution to psychology in the form of the Gender Schema Theory expresses how limiting and labeling gender schemas truly are.