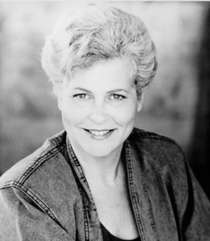 Background
Doctor Paula Joan Caplan was born on July 7, 1974 in the United States of America and raised Springfield, Missouri. In her home town, she attended Greenwood Laboratory School from kindergarten until her high school graduation. She grew up with a mother experiencing a mental illness, which lead to the growth of her interest in the topic. As a teenager Caplan enjoyed reading Freud, but dreamed of becoming a journalist. Caplan recalls a professor from the undergraduate English program at Radcliffe College at Harvard University commenting that the assignment she had completed was “psychology, and not English”. After graduate school Caplan divorced and struggled to care for two step-children while planning for children of her own with her new partner. She spent several years working in Toronto, Canada and currently an associate at Harvard University’s DuBois Institute, working on the Voices of Diversity project and also helping to operate the Women and Public Policy Program of the Kennedy School at Harvard.

Education
After Caplan’s graduation from Greenwood Laboratory School she received her A.B. with honors from Radcliffe College of Harvard University. Eventually, she went on to receive her M.A. and Ph.D in Clinical Psychology from Duke University. Caplan struggled through graduated school as many of her male professors told her she would never be able to train as a clinical psychologist. Subsequent to receiving her PhD, Caplan completed her clinical training at a hospital where she realized that her experiences at Duke were due to the over-competitiveness of the school.

Career & Accomplishments
During Caplan’s years working in Toronto, Canada she became more involved in the criticism of the Diagnostic and Statistical Manual of Mental Disorders. She then wrote her first book on the knowledge of women’s health titled The Myth of Women’s Masochism which explored Freud’s idea that women are naturally masochistic. She argued that it is important to look at the environments in which women live in and their social experiences. Soon after the American Psychiatric Association attempted to propose masochism as a personality disorder. Later, Pre-Menstrual Dysphoric Disorder was also included in the Diagnostic and Statistical Manual of Mental Disorders without any evidence of its existence. Prior to both additions Caplan organized a petition and aligned herself with the Association of Women in Psychology, an women’s rights activist organization. Multifaceted, Caplan continues to do expert witness work for a range of court cases in which psychiatric diagnosis is an issue. She is also the author of books, plays, a playwright, an actor, and a director. One of these plays has included the harms of psychiatry and stigmatization. Today she still runs the website www.psychdiagnosis.net where people can share stories and learn about the contentious matters relating to diagnosis. As of June 2008 she has been the Research Associate at Harvard University’s DuBois Institute where she works on the project there titled Voices of Diversity. Moreover, Caplan is a former Full Professor of Applied Psychology and Head of the Centre for Women’s Studies in Education at the Ontario Institute for Studies of Education. She has also held several lectures on women’s studies and assisted the Professor of Psychiatry at the University of Toronto.

Relevance to Psychology of Women Class
Although Caplan is unaware of when her explicitly feminist voice began, she is positive that she is indeed a feminist. During her studies at Duke University she remembers feeling unhappy and not “smart” enough. Years later she spoke with a faculty member who told her that the male faculty felt challenged and intimidated by her intelligence. Moreover, Caplan’s work challenging the APA and Diagnostic Statistical Manual of Mental Disorders shows her commitment to the equality of women especially those who are stigmatized by mental disorders. By voicing her experiences she is allowing other women to understand and relate to the issues she has experienced being a student and women investigating psychology. She has written several pieces relating to women’s rights and issues women have faced in the past and are still facing today.