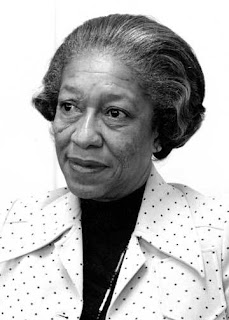 Background
Carolyn Robertson Payton is often remembered as the first women and first African American Director of the United Sates Peace Corps, a volunteer program sponsored by the United States Government. She was given this position in the 1960s, a time in which both women and African Americans lacked opportunities. She is best known for her work for and to the psychology of minorities.
Carolyn Robertson Payton was born on May 13, 1925 in Norfolk, Virginia. Payton had rich family background; she was a granddaughter of both a former slave and of African royalty. Growing up during the depression, Payton’s parents provided her and her sibling with adequate food and clothing because of their qualifying jobs. Her mother was a seamstress and her father was a chef. Although not seemingly harmed with the hard times of the depression, Payton still suffered the hardships of racism. This was a time in which racism was fully alive, and Payton knew and was a ware of certain rights she was being deprived of.
Payton went on to gain higher education at Bennett College in North Carolina, a historically Black women's college. It was during her time at Bennett College, that African American women could obtain and succeed in major leadership roles. Payton went on to gain her M.S. degree in clinical psychology at the University of Wisconsin-Madison with the state of Virginia covering her expenses under the "separate-but-equal" doctrine.
During her time at the University of Wisconsin-Madison, she worked on her thesis that was based on the test of intelligence that measured the intelligence of Blacks, proving that there was no difference in intelligence between the races. Upon graduation Payton became a psychologist in several colleges, and continued her pursuit of higher education gained her PhD at Colombia University in 1959 and her doctoral degree in 1962.
Work In Psychology
While working in Howard University in Washington, D.C. as an assistant professor position she received the recommendation from the university, to become a field assessment officer (FAO) for the Peace Corps served a position in Togo, West Africa where she was responsible for preparing trainees. This involvement led to a full-time position in the Peace Corps and in 1966 she was appointed as deputy director and then director for the Caribbean region. At the time there were very few women in such a high ranked position, and was only one of two female country directors for the peace corps.
The position that Payton held became as a mark of success and influential for women and demonstrated that women could fill such high positions. Payton was a heavily involved individual; she was a member of the American Psychological Association (APA) for over 40 years. She made many contributions. Along with the APA, she worked with many underrepresented groups such as women, minorities, lesbians, and gays.
For her many accomplishments Payton has received numerous awards through the APA such as Distinguished Professional Contributions to Public Service Award, the distinguished Leader for Women in Psychology Award, and the award for Outstanding Lifetime Contributions to Psychology.
On April 11, 2001, Carolyn Robertson Payton died in her home in Washington, DC. She was 75 years old at the time of her death. Payton continues to be a leader in many ways than one, with her success in overcoming gender and racial barriers.