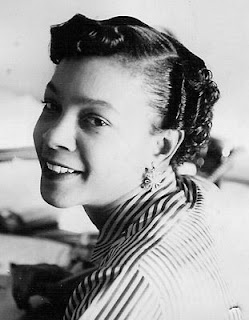 While in graduate school, Kenneth and Mamie had two children, Hilton and Kate. Mamie’s Master thesis work was centered on the formation of racial development and self-esteem. In 1943 she became the first African-American woman to receive a Ph.D. from Colombia University. Her husband, Kenneth Clark, was the first African-American man to receive the same honor from Colombia University.

In 1945, Kenneth was an assistant professor at the City College of New York and Mamie was a consultant doing psychological testing at the Riverdale Children’s Association; an organization for homeless black girls. At this time, both Mamie and Kenneth realized the lack of mental health programs in Harlem for under privileged minority children. They approached social services of New York and worked to expand the programs for these children. When this attempt failed in 1946, they founded the Northside Center for Childhood Development in Harlem. This became the first program to provide psychological services to children and families in the Harlem area. Mamie Clark continued to run the Northside Center as it’s director until she retired in 1979.

Mamie Phipps Clark’s most well known work is her doll experiments. Emerging from her work on her Master’s thesis, the Clark’s wrote several papers on children’s self-perception in relation to their race. The Clark’s conducted an experiment using dolls that were identical aside from different skin and hair colors. One doll was white with yellow hair, and the other was brown with black hair. The minority children were presented with both dolls, and was then asked questions such as which doll would they play with, which doll was the nice doll and which was the bad doll, and which doll had nicer hair. They found a clear preference for the lighter colored doll, providing evidence of self-hatred and internalized racism in African-American children.
This study also revealed that children who attended segregated schools would be more likely to choose the white doll as the “nice” doll than those who attended integrated schools. This experiment and its findings played an important role in the Brown vs. Board of Education case in 1954. These experiments showed the negative effects of segregation, and the Supreme Court thus ruled segregation in education as unconstitutional.

Mamie Phipps Clark played an important role in the Civil Rights Movement and also explained that “separate but equal” was not at all equal for children in public education. Her work with self-perception in minorities opened up many new areas of research in the field of developmental psychology.